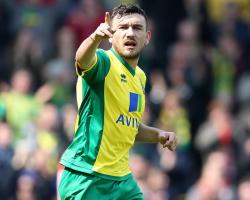 Celtic 3-1 Dundee Utd: Match Report - view commentary, squad, and statistics of the game as it happened.Celtic celebrate in styleSkipper Scott Brown held aloft the Scottish Premiership trophy for the third successive season after Celtic confirmed their status as champions with a 3-1 home win over Dundee United at Parkhead.After a lifeless first-half, Hoops striker Anthony Stokes scored Celtic's 100th league goal of the season in the 64th minute before Greek substitute Georgios Samaras, set to leave for pastures new after six years at the club, scored from the spot after he had been tripped by United keeper Radoslaw Cierzniak.An own goal in the 78th minute by Hoops defender Filip Twardzik, making his first appearance of the season, gave the Taysiders a lifeline but Commons sealed the win with his 32nd goal of the season as the home side finished strongly before joining the fans in celebration.The title had been clinched at Partick Thistle in March and Neil Lennon's men ended 29 points ahead of second-placed Motherwell.And with traditional rivals Rangers in continual turmoil off the field, and with no other credible challengers on the horizon, there appears little to stop the Parkhead club racking up championship wins for years to come.United have a William Hill Scottish Cup final against St Johnstone to look forward to at the same venue next week and they will have been pleased with their performance in the first-half although they capitulated near the end.As promised, Lennon brought back big guns Fraser Forster, Scott Brown, Commons, Stokes and Leigh Griffiths, with 21-year-old Twardzik making his first start of the season.United boss Jackie McNamara left top players Nadir Ciftci, Stuart Armstrong, Andrew Robertson and Gary Mackay-Steven on the bench with Farid El Alagui leading the line.Celtic players wore black armbands in tribute to Oscar Knox, the five-year-old Hoops fan who last week lost his battle to cancer and there was also a round of applause from the supporters in the fifth minute.There were other only sporadic half-chances for both sides as the match unfolded.Hoops defender Virgil van Dijk made a timely interception to deny Terrors' midfielder Ryan Dow a shot at goal, while Cerzniak made a save from Griffiths' angled-drive at the expense of a corner, which he then clutched out of the air with impressive ease.In the 28th minute Griffiths had a decent chance when United skipper Sean Dillon failed to make what looked like a straightforward clearance but the former Wolves striker's soft shot from 12 yards was easily by Cierzniak.Six minutes after the interval United should have taken the lead when former Celtic defender Mark Wilson worked a corner with Dow then moved into the Hoops box before unleashing a shot which Forster could only parry to the feet of El Alagui but he managed to knock the ball over from a couple of yards out.That escape appeared to shake Celtic out of their slumber

Griffiths had the ball in the net two minutes later but the flag was up for an infringement.Mackay-Steven replaced Ryan Gauld on the hour mark and there was a big cheer from the home fans seconds later for Samaras when he came on for Griffiths.Commons came close when he had a powerful effort saved at the near post by Cierzniak but moments later it was the Hoops top scorer who put a cross on to the head of Stokes to head past the United keeper from six yards for his 21st of the season.The goal relaxed the champions and they went looking for number two, Cierzniak again making a good save from Commons, before Forster had to dive low to his right to push a shot from Armstrong, on for Dow, past the post.Samaras got his chance for a leaving present when was brought down by Cierzniak and he coolly sent the United keeper the wrong way with the spot-kick.Three minutes later the unfortunate Twardzik put through his own goal trying to cut out a cross from Mackay-Steven, who had been sent to the byeline by Armstrong, but there was no real chance of a comeback.With eight minutes remaining, and the United defence all over the place, Stokes set up Commons who calmly knocked the ball past Cierzniak for number three, and the celebrations began in earnest