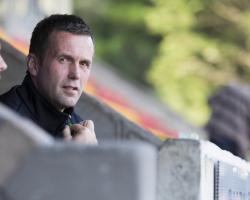 The Norwegian had sleepless nights and saw his personality affected during his two-year spell at Celtic Park.

The 41-year-old stepped down at the end of last season after winning a second consecutive title, but a failure to qualify for the Champions League and add to his sole League Cup success in the cup competitions had put him under pressure.

Deila told Norway's NRK television channel: "I could have a stressful thought like: 'We have to win this weekend.' Then I would be soaked in sweat, my heart would be pounding and head aching

I could wake up at four in the morning and couldn't fall asleep again.

"I almost got social anxiety, I was more passive

It took my freedom from me, the freedom to be myself

Then it became a question of values: can you do this for the rest of your life?"

Deila admitted he underestimated what he was letting himself in for when he left Norwegian title winners Stromsgodset to take over from Neil Lennon.

"But I would take the challenge at Celtic a thousand times again," he added

"With hindsight I see that I didn't have a chance to understand how big a a club Celtic is.

You have to win all the time

One loss leads to unrest, two are a disaster and three, you are fired

It's almost at that level.

She gets better, not you

You have to go for something that is unsafe, where you do not know what's going to happen

"That's the way you handle the different experiences that determine whether you are improving or not."