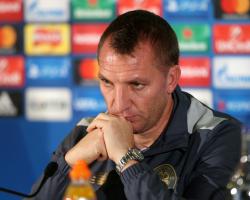 The Hoops started their Champions League Group C campaign in September by being put to the sword by Barca's superstars as Lionel Messi scored a hat-trick and Luiz Suarez a double with Neymar and Andres Iniesta also on target after Parkhead striker Moussa Dembele had a penalty saved when Celtic were one down.

The Scottish champions have two collected points from four fixtures and need a win in their final two matches to have a chance of European football after Christmas.

On the domestic front, however, Celtic remain clear at the top of the Ladbrokes Premiership and are looking forward to the Betfred Cup final against Aberdeen on Sunday.

The Hoops boss believes his squad were galvanised through their Catalan experience.

He said: "Out there, we made a very bad start to the game, going 1-0 behind, we had the opportunity to equalise, we had threats on counter attacks.

"Obviously we didn't get (score) the penalty and very quickly they get the second goal.

"And once Barcelona - like they have shown many times against better teams than ourselves in all honesty - get that rhythm and that flow in the game, it is very hard to contain it.

"So lots of learning came from that, lots of development both in terms of our team mentality and our game, came from that performance.

"At the time of course, I said it was very disappointing but it hasn't harmed us, if anything, it has only improved us a group and as a squad."