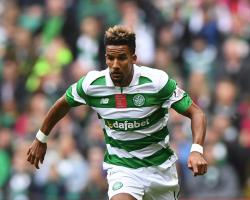 But Sinclair was heartened by Celtic's progress between their double header against Borussia Monchengladbach, when they drew 1-1 in Germany following a 2-0 home loss

"We have learned a lot and everyone will just be looking forward to that game, including the fans," the former Swansea, Manchester City and Aston Villa player said

"It's a massive game for us to prove ourselves.

We've learned a lot from that game

We lost the game at home, but we went there and drew.

"I think we've learned a lot and hopefully now we're going in with a positive mindset.

"Manchester City beat Barcelona, so anything can happen and it's very different when you're playing at home

"Barcelona have been beaten here before, so, hopefully, we'll do it again."